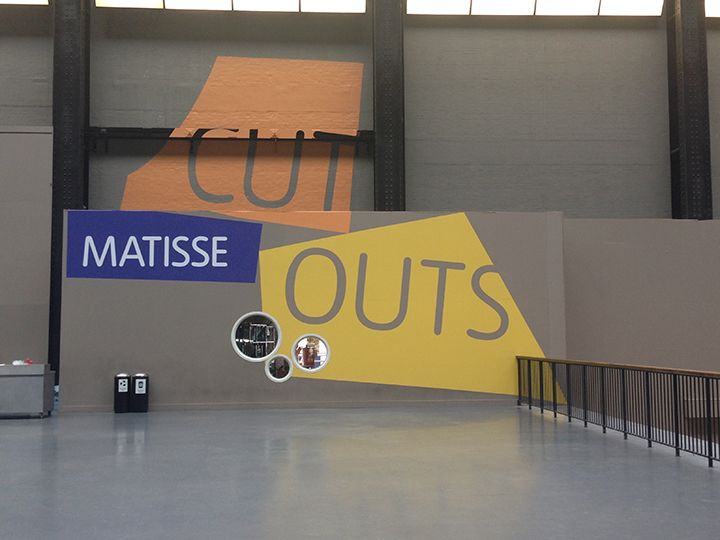 Widely regarded as one of the most influential artists of the twentieth century, Matisse is known for his free, expressive style and vibrant colours. This exhibition focuses on his work later in life; his series of cut-outs.

Originally used by Matisse as a way of roughly sketching out his paintings, giving him the ability to change the perspective and focus as he worked, he later used this method to create a new medium, describing it as 'carving into colour'.

The exhibition is a fascinating space of colours and shapes, and as you move through the rooms, you can see how the places he travelled to influenced him. He developed a clear style which you can see throughout his work, with similar shapes and colours repeated in different pieces. It's a great lesson in how simple shapes and colours could be used and reworked, creating something new each time. I think it is a fantastic source of inspiration for brand projects in particular. 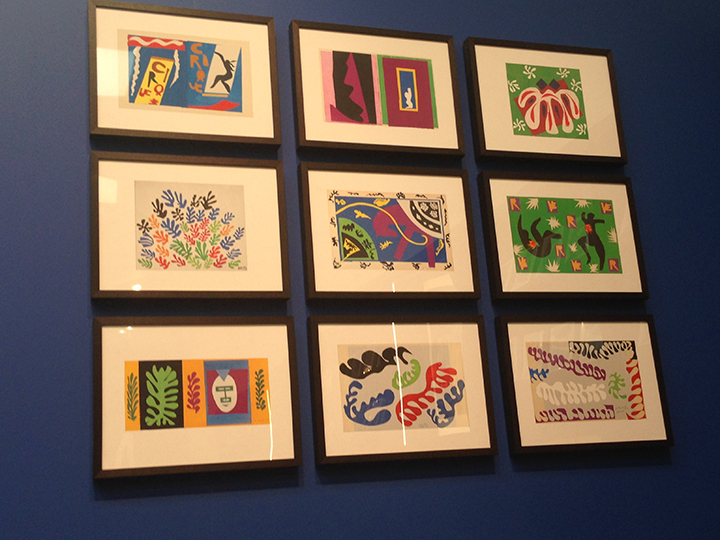 In rooms full of striking colour, it was some of his simpler, more muted work that stood out to me, such as Tree, a beautifully simple, yet stunning tree partly covered in snow.

I was also impressed with the scale at which he worked, often filling the walls of his studios and apartments with single pieces. One of these larger pieces had over 1000 pin holes in it, from where it had been adjusted and moved around as he worked. He was obviously a perfectionist when it came to creating his art!

Another piece that really stood out for me was The Bees; a large scale piece that was originally meant as the design for a stained glass window for The Chapel of the Rosary in Vence. The combination of colours and shapes create a real sense of momentum.

Whether you are already a fan of Matisse's cut-outs, or more familiar with his paintings, this exhibition is a must-see and won't fail to inspire you!